After watching the train wreck that was Amazon’s 20th Anniversary Celebration or Prime Day, I had to write this blog post. All day, we kept our eye on the deals as they were unveiled and at the same time, all the posts on Twitter under the hashtags #PrimeDayFail and #PrimeDay, both trending topics. When I checked on Wednesday morning, #PrimeDayFail was in 3rd place with 11.3K tweets. According to TweetReach, new tweets were reported to coming in at the rate of 10.5k per hour and the vast majority were negative.

As a long-time Amazon Prime Member, for the week prior to Prime Day on July 15, I dreamed about the potential opportunity to save tons of cash on some coveted items. Maybe I’d score a ginormous TV, something sparkly to hang around my neck, a crazy good deal on the latest tech gadget and maybe something special for my husband’s upcoming birthday.

Then it happened. . . at 12am on July 15, the insanity began. I sat in bed with toothpicks in my eyes next to my sleeping husband. I quietly turned on my tablet and surfed to Amazon (via iGive.com and Smile.Amazon.com to support my favorite non-profits). I clicked on the Prime Day image and started looking at deals.

Wait. Did I miss something? WHERE ARE THE DEALS?

All I see here are some specials on Kindles, a lawnmower, an iRobot vacuum system and a bunch of silly clearance type items. Seriously, I looked and looked and Googled to see if anyone else held the crystal ball that told the where to find all the good stuff.

Yeah, that’s it. Buy the Hubbs a leaf blower for his birthday, because that’s just what he wants. Even crazier were some of the items that sold out with a full waitlist:

The Pictopia Trivia Game: Disney Edition– well, that’s pretty cool. I can see why that item might sell out.

One Amazon Prime Member said the price of the items he previously added to his cart increased. How did that happen? Did Amazon raise their prices so they could discount them on Prime Day? 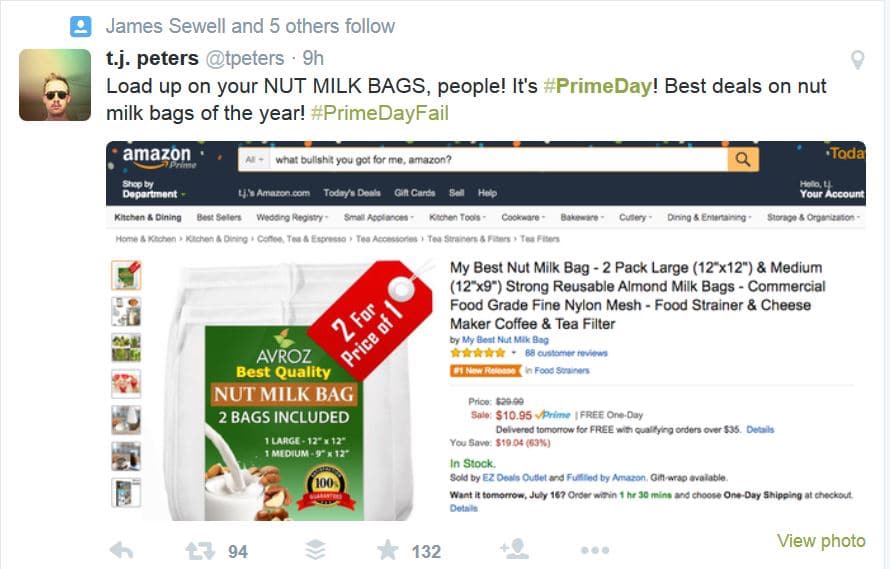 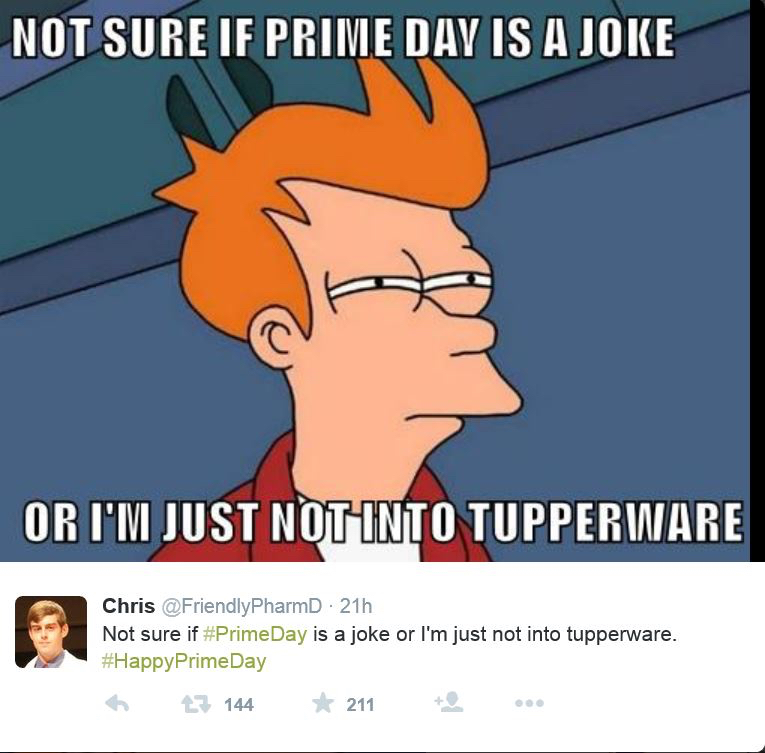