BuildSite.com is leading provider of building product information to the construction industry worldwide. The company came to Roaring Pajamas to increase the use of its construction product database and its submittal Software-as-a-Service offering. BuildSite.com also sought to become more visible in the major search engines. Although Buildsite.com’s online product information database was experiencing ongoing growth, their traffic was not growing at a rate suitable to the client.Initially, the client’s site did not rank for any terms, including their own brand term. Also, traffic to BuildSite.com was primarily direct and received only a limited amount of traffic from search engines. 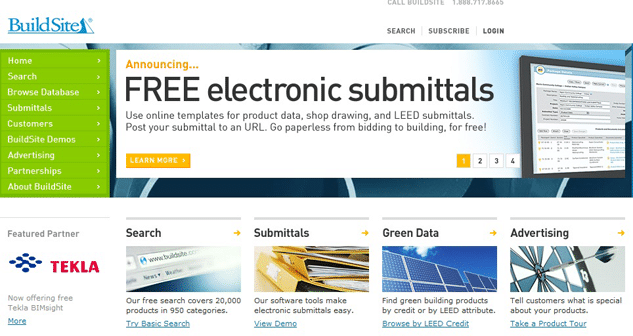 Roaring Pajamas suggested and added structured titles, major headings (H1), meta descriptions and meta keywords. Our strategy was to optimize on-page elements for corporate sections specifically for target keywords related to their product offerings. We also created compelling meta descriptions with calls to action and an optimization algorithm to be applied to each specification in the database.

The result? BuildSite.com’s search traffic increased 17 percent in the first month and seven of 41 phrases ranked in positions one to five on Google in the same time frame.