With new technology comes new acronyms, names and buzzwords. For Twitter, many newly coined words and terms emerged over the years; ‘favorited tweets’ is one of them. You gain favorites on Twitter anytime someone clicks the little star button under your tweet. If you are trying to encourage Twitter engagement, knowing how to respond to those little stars can work to your advantage. 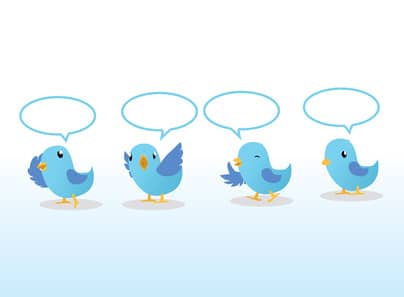 Why do favorited tweets matter?

A recent study by the Advancement of Artificial Intelligence shows that most people favorite tweets the same way they like a post on Facebook. The data shows a variety of response-motived reasons, such as:

On the functional side, the most popular reason people gave for favoriting a tweet was to bookmark the tweet. Similar to Facebook’s save button, the favorite button on Twitter collects all your favorited tweets in a list. This list may be seen and read by other users who visit your profile page. Therefore, encouraging favorites from people should be taken seriously as a way to gain additional exposure.

Using the favorite button on Twitter may give you more exposure and hopefully prompt others to engage back with you. Once someone has decided to favorite your tweet, it’s time to get to work.

Try these suggestions for improved engagement:

Engagement from you will encourage additional Twitter engagement from others to a certain extent, but it is all in how you maneuver. By responding thoughtfully to favorited tweets, you may attract new followers and connect with different audiences while driving them to your site.

Have you created engagement with people who favorite your tweets? Tell us about your experience in the comments below.