How to Deal With Negative Comments on Social Media. Ignore or Engage? 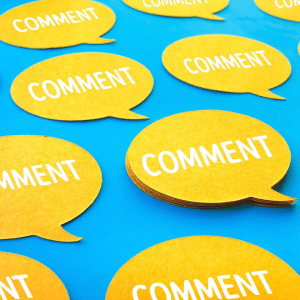 Managing social media isn’t all fun and games and memes. You’re almost guaranteed to run into negative comments. If you’re lucky, you’ll rarely have to tangle with these thorny customers. But for most social media managers, running damage control is part and parcel of the social media game. In fact, a social media page without a few unpleasant comments looks pretty suspicious! So knowing how to gracefully handle these comments while keeping your brand’s image untarnished will make you a social media unicorn.

For the sake of your sanity, grow a thick skin if you don’t already have one! It might be tempting to fire back at a negative comment with both barrels, but it always pays to take the high road in these cases. At the same time, you don’t want to encourage someone who’s just looking to make your life miserable. Remember social media is a way to interact and impress both existing and potential customers. In fact, according to Groove, a “tool for growing small businesses that helps teams deliver personal customer support,” your business is 14x more likely to sell to an existing, happy customer than a new customer.

Clearly, the name of the game here is quality customer service! 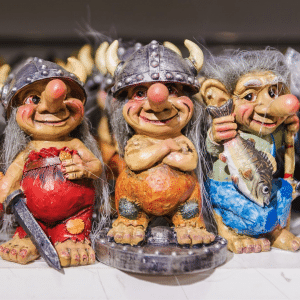 Easier said than done, right? Well then, how do you differentiate between genuinely frustrated people and the ever-dreaded internet trolls? And once you do, how should you respond to their negative comment?

I’ve gone ahead and boiled this down into four easy-to-remember tips to make handling these comments a piece of cake.

Is the person commenting genuinely frustrated, or just trying to troll you?

Yikes. This complaint is rough but it does describe a legitimate frustration.

See the difference? The first negative comment describes a genuine frustration while the second is just mean for the sake of being mean. Online trolls who write comments like this live to abuse the internet’s “veil of anonymity” just to get a rise out of people. A good rule of thumb is to take their nasty comments with a very hefty grain of salt.

Once you’ve identified the kind of comment you’re dealing with, you can decide on your battle plan. To arms!

If the commenter has a legitimate complaint, you’ll want to respond ASAP before moving the conversation offline. No matter how rude they may act, kill them with sugary sweet kindness! Responding emotionally can be tempting but only guarantees you’ll lose their business – and those they talk to – forever. Offer them a discount, a free meal, a free ticket – whatever you feel is enough to make up for their frustration.

Likewise, if the negative comment reeks of an internet troll, keep your cool! The last thing you want is for your social media followers to see you behaving unprofessionally. At the same time, you don’t want them to think of you as Big Brother for censoring too many comments. If the comment is truly vulgar or inappropriate, then by all means show them the door by blocking them. Just remember that blocking a follower is the nuclear option. You’ve got to be totally sure the comment is ugly enough to get someone blocked.

You also have the option of hiding or deleting a comment. These are much less severe ways to deal with unsavory types, but what you can do and what happens after depends on whether you’re using Instagram or Facebook.

Block someone on Instagram and unlike Facebook, their likes and comments are NOT removed from your photos and videos. You can still delete both your comments and those of others on your posts, but you can’t hide a comment on Instagram. The best you can do is report it.

Facebook is a bird of a different feather. Block someone in Zuckerbergland and your posts and comments fully vanish from their view. At the same time, their posts, comments, and likes will from your personal feed. Deleting a comment works the same as Instagram, but hiding a comment from a post on your Page does not. This keeps the comment visible to the person who wrote it as well as friends in their network.

Always remember, if nothing else you can report the comment if it doesn’t follow Facebook’s Community Standards.

They and their connected network won’t know they’ve been blocked, but their comments will be hidden from everyone else.

There are times where responding to a troll comment is better than removing them, but it’s your call to make. Let’s say someone makes a hostile comment listing out facts why your post is incorrect or inaccurate. Be the bigger person! There’s no harm in admitting they’re right, fixing the error and moving on. This both preserves your professional image and avoids making you look like an authoritarian censor.

Surprise! Most businesses don’t have a policy for how people should interact on their social media page. A real shame, because a commenting policy makes handling inappropriate comments including foul language or racism much easier. If you want to remove a nasty comment from an internet troll, you can cite your policy and be done with the matter. Easy peasy.

4. Sometimes the best answer is no answer at all.

Time for a little social media zen. Not every negative comment is worth responding to. In fact, doing so can actually set the person off and make the situation worse.

Comments like “Love your yoga pants but so-and-so’s are so much better” or “I’d never buy a book from your store” are too vague to be worth addressing. These are often from people who just want to express themselves and aren’t really looking for a solution. People like this are only interested in venting their frustration, so let them vent. No harm, no foul.

Remember, having a few comments like these here and there is perfectly natural! This shows you’re not policing what people say about your business. Leave them be and move on with your life.

Simple enough, right? Remember, our goal here isn’t to doctor our social media image. We want to make followers with genuine frustrations feel heard and appreciated. Most of all we want to make it right with them while staying polite, professional and on-brand. In the event of online trolls where making things right isn’t an option, knowing how to defuse the situation helps you keep your followers’ respect while clearing your posts of offensive material. And always remember – when confronted with someone’s negative comment, kill them with kindness!