How to Start a Social Media Trend: Do You Have What it Takes to Create the Next Unicorn Frappuccino? 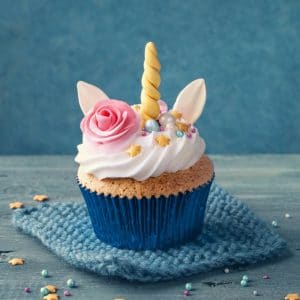 Remember the Unicorn Frappuccino craze that seemed to take over the world (or, at least the internet) a few months ago? The social media trend that had the masses clamoring for the sugar-laden and mildly nauseating neon drink? Maybe you even tried one? Despite the crazy appearance of the drink, the marketing work behind it was nothing short of pure genius.

Wait, you didn’t think it was all on accident, did you? While Starbucks may not have anticipated how great a social media trend it would create with the drink, they certainly intended to shake things up and get noticed. And, they did.

First, let’s consider the enormity of the Unicorn Frappuccino with some basic metrics. According to Simply Measured,

“10% of Starbucks’ Instagram engagement for the year can be attributed to the five days this drink was available.”

Not only that, but Simply Measured also reports that

“from April 19 to April 23 (the days that the Unicorn Frappuccino was available for purchase), 90,000 pictures were posted on Instagram using the hashtag #unicornfrappuccino. Only two of these photos were organically posted by Starbucks.”

What was the recipe for this incredible success? We attribute this—and any—social media trend to at least four key elements:

There you have it. The four key ingredients to create the next social media trend. Will your creation be as popular as the sugary drink of the spring? Maybe not. But, without these four ingredients, you certainly won’t get very far.

Anything else you’d like to add? We can’t wait to hear! And, we can’t wait to jump on the bandwagon of, tweet, share and regram your version of the next social media trend!